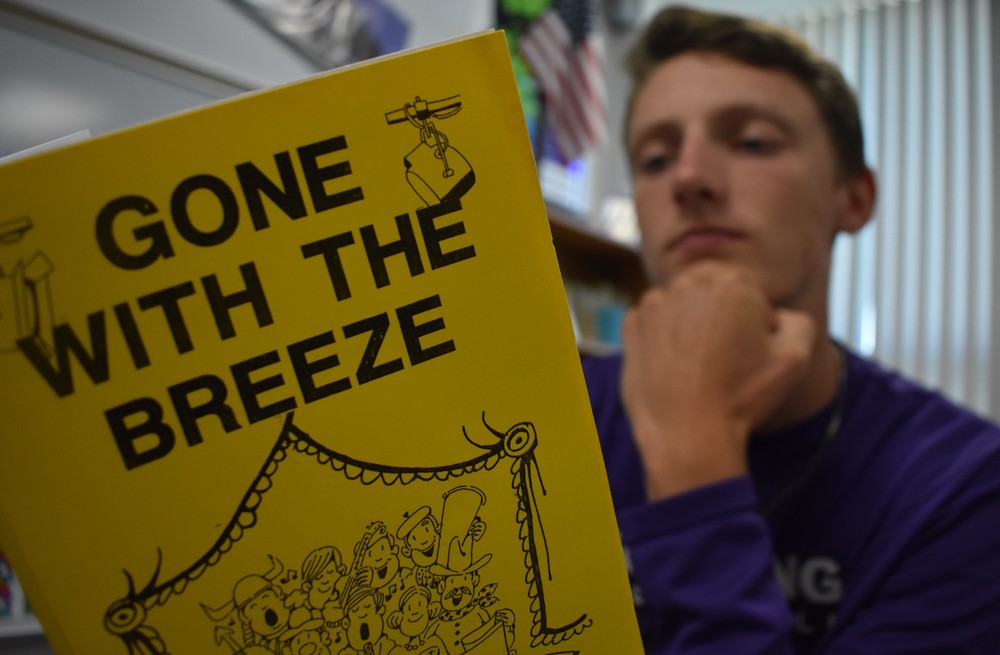 This year the Valley Heights All School Play is putting on a parody of Gone With the Wind; Gone With the Breeze. This musical includes a variety of parts including: lawyers, stars, and hillbillies. The production is to take place November 15th, 16th, and 17th at the Waterville Opera House.

Play Director and Valley Heights Theater Teacher, Lynette-Steele Coon, says “I think everyone should go out for the play at least once to see if they like it. If they’re interested, they should pursue it. It’s better to discover now than to wait until senior year.”

The play wouldn’t be complete without music. Valley Heights Music teacher, Kim Oatney, has been a major contributor to the All School Play for 28 years. She says that, “this year’s play has a wide variety of genres present in the music. From country to an Elvis-sounding track, each song has a fun twist to it. I’m excited for the play to start coming together, practicing both the music and choreography in one.”

Freshmen and seniors alike make up the cast. Freshman Donivan McClung says that, “I went out for the play because it sounded interesting and like something I’d like to try. Freshman year is all about trying something new, and the play is definitely something new.” Four year All School Play participant, Sam Vermetten, describes her experiences as, “the play has taught me a lot about time management. It requires a surprising amount of work. However, every practice, tech Saturday, and rehearsal is worth it on opening night. Some of my favorite high school memories took place during play practice or in the basement of the Opera House.”