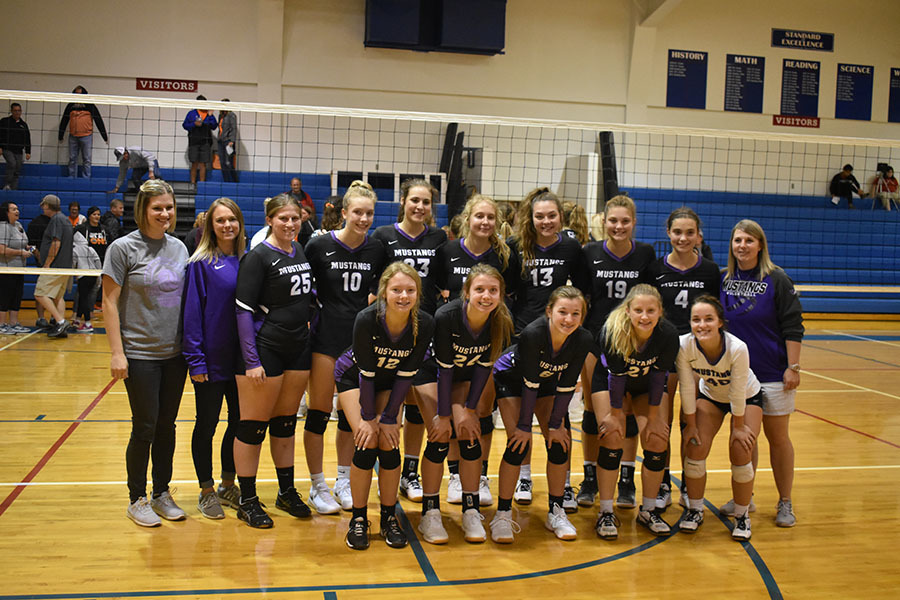 Saturday August 28, the Mustang volleyball team traveled to Axtell, Kansas. This tournament was something new for the volleyball team this year as they competed against volleyball teams from Nebraska. The first game began at 9:00 a.m. against Linn High School. They defeated Linn in two sets and were set to play against Lourdes Central at 11:00 a.m. The Mustangs again defeated Lourdes Central in two sets. The final game in pool play was against Sacred Heart out of Nebraska, which they took to three sets but still came out victorious. Winning all three pool play games gave them the first seed in bracket play. “The team played really good, and we communicated well. We also encouraged each other to do their best every rally,” said Sam Hardin.

Bracket play started at 2:00, against Frankfort and won in two sets. Next the Mustangs faced off against Diller Odell in the championship game. The girls fell short in two sets but they left it all on the court and that earned them a 2nd place finish in the tournament. “The game against Frankfort was amazing. The bench was getting goosebumps after every kill. In the championship game, they played well but it was a little rough. There was a long break after the Frankfort game which killed our momentum, but this will help our team prepare for the future,” said Sam Hardin.