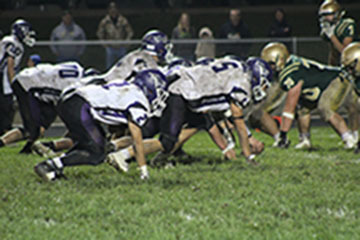 ON THE ROAD AGAIN. Mustangs travel to Jackson Heights to face some of their toughest competition all season. Colton Crook, Junior, said, “We could’ve played much better throughout the whole game. It really came down to us simply not playing to our fullest potential, and our next game we will make sure that we do.” The Mustangs prepared all week for the big showdown, from going as hard as they could at practice to even breaking down the film. However, the Mustangs fell short just 14 points to the Cobras. The final score of the game was 26-12.

“This week we are going harder and pushing each other even more for the game this Friday against Wabaunsee. Which also kicks off our district games. We will meet our coach’s expectations, and we won’t stop there, instead we will go even further.” Crook said. The Mustangs plan on working as hard as they can to prevent another loss being added to their record.