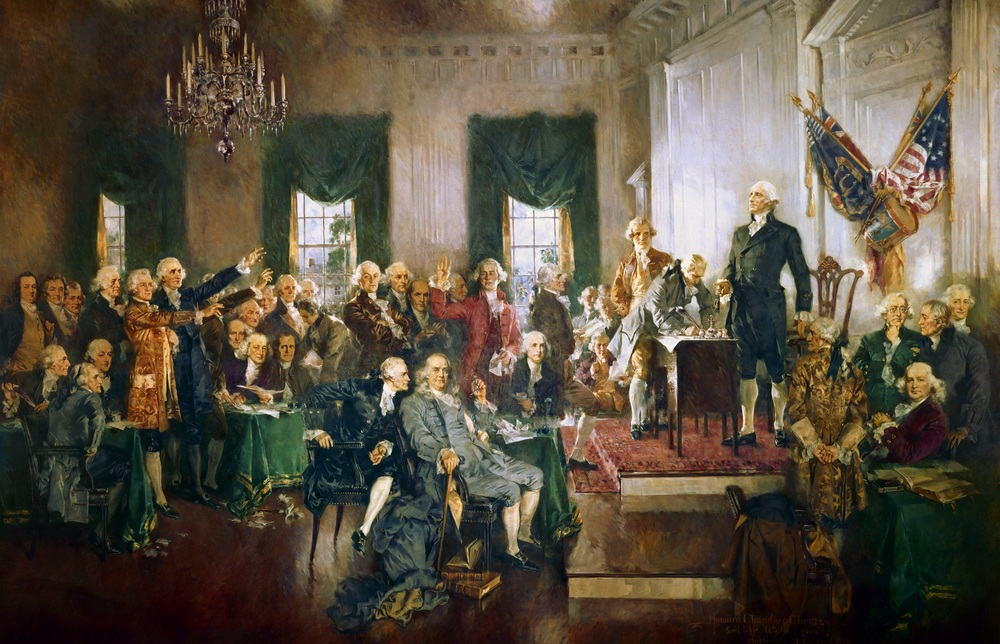 A Day In the Life of a Delegate
Valley Heights Journalism
Thursday, October 24, 2019

A Day In the Life of a Delegate : The Valley Heights Senior class is doing a project over the Constitutional Convention. This project included; writing an essay, creating a commercial to present the delegates’ plans, and participating in a mock convention where their plans were discussed with the other delegates (students). The different plans discussed included; The New Jersey Plan, The Virginia Plan, The Connecticut Compromise, and others. Senior Sam Vermetten says, “It was pretty fun, and I learned a lot about the different delegates that attended the convention.”  At the beginning of the convention, each student stood up and gave a short introduction to the delegate they were representing, and stated which plan they supported. “It was a fun experience and we were able to put ourselves into the lives of the participants of the Constitutional Convention,'' says Senior Sam Hardin.