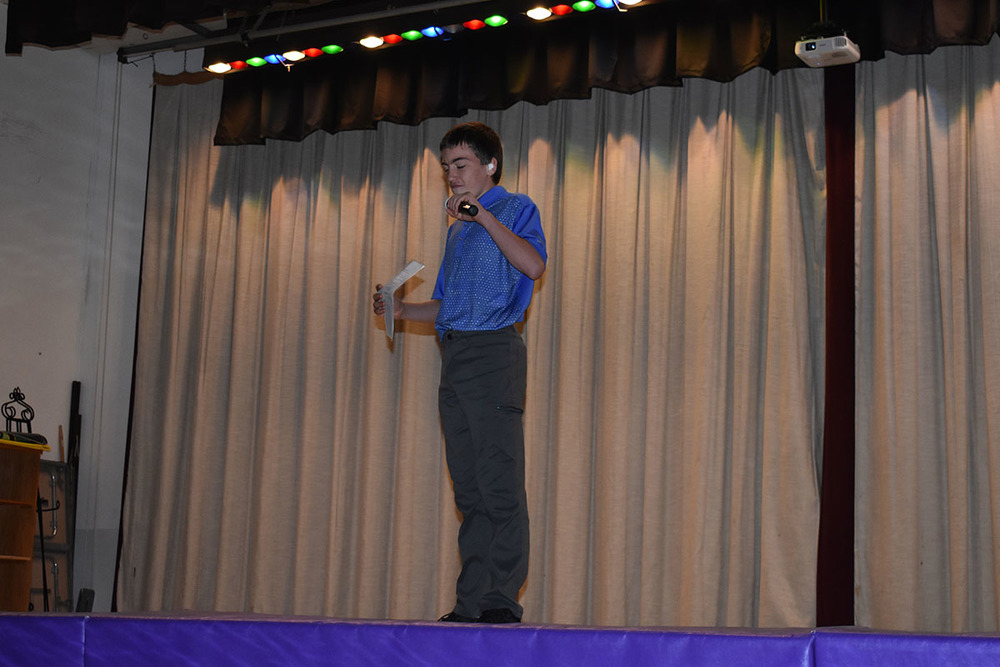 MUSTANGS GOT TALENT. Valley Heights students brought their best talents to the stage Friday October 18, for the first quarter incentive day. There were many great acts including songs, dances, and a few stand up comedy acts. The finalists included Catherine Toerber, Parker Winslow, and Audra and Abigail Steinfort. After a close vote, Parker Winslow was able to come through with the win. “I was super nervous to perform, especially in front of the entire school.” Even though the entire crowd loved Parker and his jokes his win surprised him. “I really didn’t think I would win so it really surprised me.”  Parker may have been nervous up on that stage but he was a natural and telling jokes and was very deserving of his win.