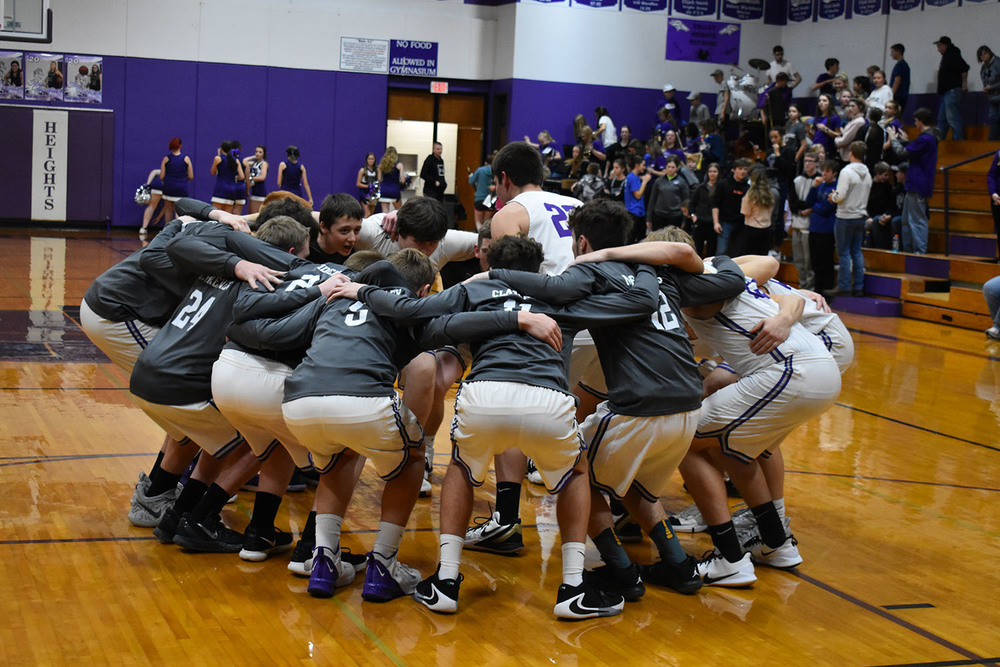 THURSDAY NIGHT THROWDOWN. The Valley Heights Mustangs sweep the Troy Trojans in the second game back since Christmas break. Both boys and girls varsity were able to claim a win against Troy High School Thursday night. The girls defeated the Trojans 58-21. Senior, Sam Hardin, says that overall the girls had a very good night. “ I feel like we played very well and once we earned an early lead we were able to really work on fundamentals.” There was also wonderful support from the team and the community. “The support from the crowd and the bench was amazing. When people entered the game there was cheering for each player, and that was super motivational.” The games leading scorer was Sam Vermetten with 14 points.
As for the boys, they ended up with a 60-44 win. Junior Evan Haines was excited about gaining another victory. “During practice, we focused heavily on getting up and down the court. We also put in a lot of time perfecting our shooting abilities.” He emphasised that even though it was a win, there is plenty of room to improve. “By increasing the tempo of the game, it helped us prepare for the TVL tournament in the coming weeks.” The boys tallied 8 blocks along with 19 deflections and 13 steals. The leading scorer was Cameron Beardsley with 20 points. Thursday night’s game marks Cameron’s 3rd 20 point game.