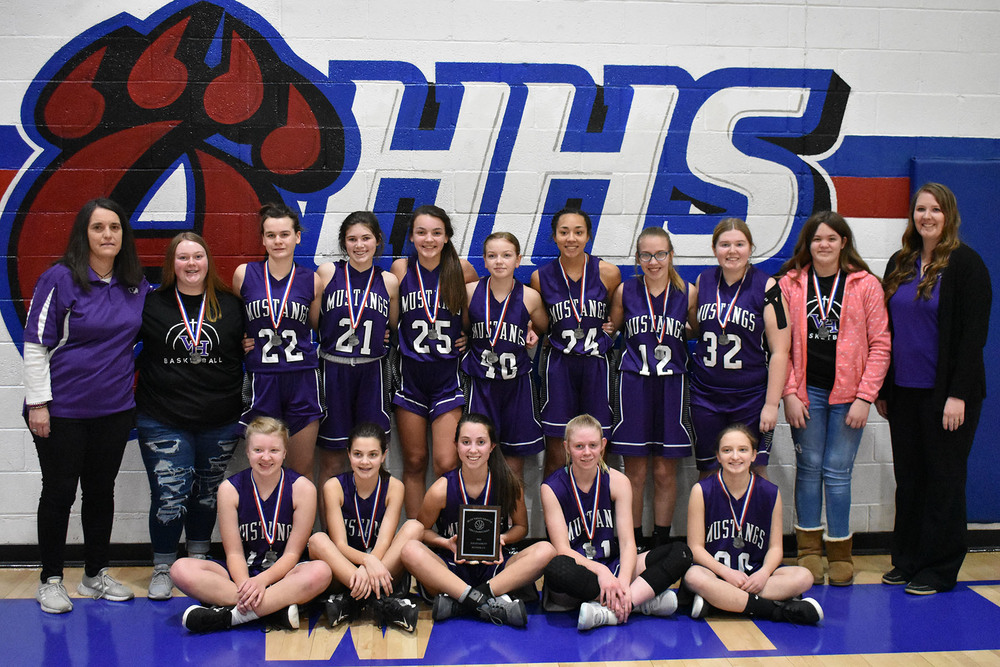 The Junior High Mustang Basketball team finished up their season this last week at the Blue Valley League Tournament. The tournament was hosted by Hanover. The boys team played Washington County at 11:30. After a long fought game, the boys lost to the Tigers. They finished in fourth place with an overall record of 9 and 6. The girls played prior  to the boys at 10:00, in the championship game. They faced the Clifton Clyde Eagles. This was the third time this season that the Mustangs and Eagles matched up to play each other. The girls put up a tough fight but ended up losing. They received second place, finishing the season with an overall record of 12 and 3. Although the Mustangs did not finish the season as they had hoped, the Mustangs know they should be proud of the hard work and determination they displayed throughout the season.