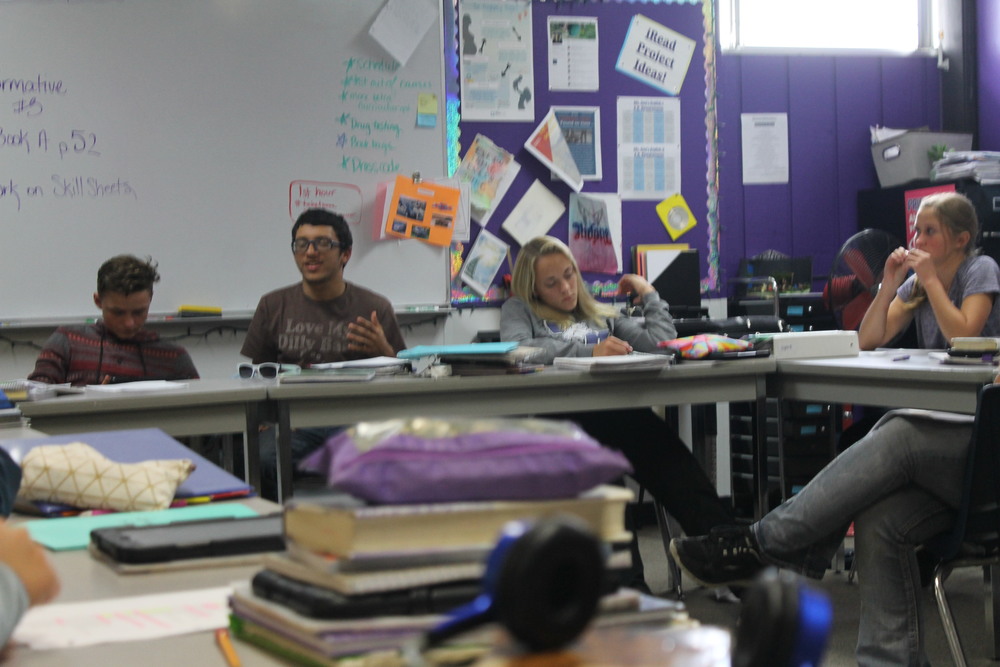 DREAMS , On September twenty-eighth and October 5th the English two class participate in a class discussion concerning the American dream and how it has changed through time, by using songs from different decades that depict the ideal American life style of the time.

The class thought that the meaning of the first song, American Dream, and how it contrasted to the second song, Jack and Diane, was that everything is going faster than it was in the 80’s. Fast enough that it has started to reflect in our day to day lives and our want of instant gratification. Ideas of lack of job security and the feeling of stagnation that comes with living in less busy urban areas are reasons people have started to move away from the country and suburban life styles to that of a faster paced city life.

The third song, Hall of Fame, was seen almost like a call to arms. The message being to stop sitting around dreaming of success, but to work hard through your troubles and make your own dreams, not ones given to you through pressure, come as close to reality as possible.

On October fifth the English II analyzed an article called “Paradox and Dream”. Through the discussion they talked about many different topics such as The Bystander Effect which is the effect where people will avoid a person in need when there are a lot of people nearby. Thinking that someone else will help them. On top of that they discussed the idea that the author of the article had brought up, that being the dream of home. This being the yearning for a home where business does not dictate your life i.e. controlling the area where you live. The yearning for a home leads people to focus on the ideas that their appliances will substitute their want for a home, “By changing the appliances and gadgetry on each model, they could make their car owner feel that his perfectly good automobile was old fashioned therefore undesirable.” John Steinbeck author.