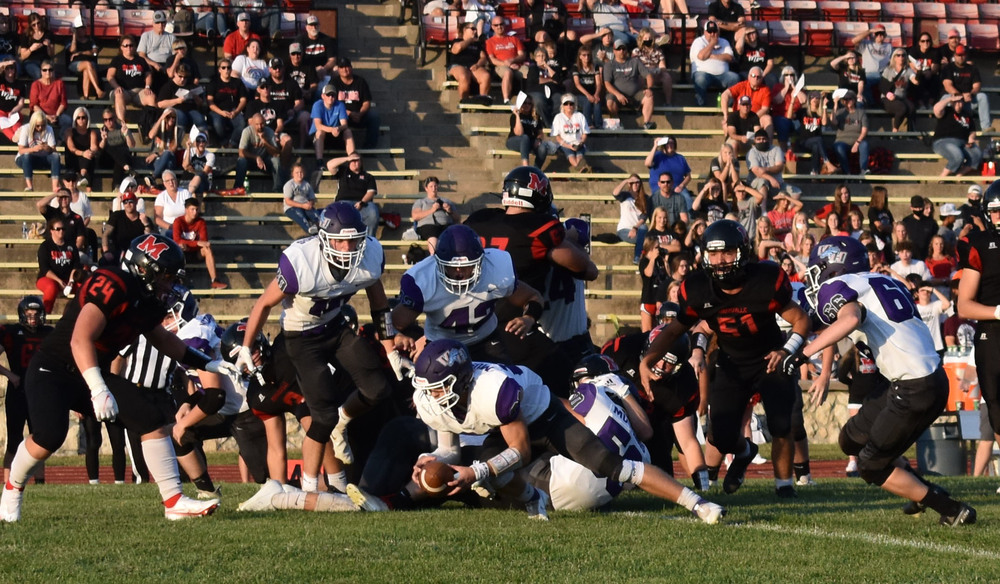 MUSTANGS RUN FREE. Today is the day that saw a showdown of Marshall County: the Valley Heights Mustangs vs. the Marysville Bulldogs in a classic 11-man football brawl. The Mustangs had recently suffered the loss of three starting offensive lineman and were starting freshman Luke Zimmerman, sophomore Caden Parker, and sophomore Corban L’Ecuyer. The contest, located in Marysville, started with the Bulldogs receiving the ball, that’s when seniors Jackson O’toole and Cesar Aguire combined to force a fumble from a Bulldog ball carrier. With prime field position and a hungry offense, it only took three strikes for the Mustangs to stampede 33 yards into the endzone for the first score of the game. The Mustangs held onto their lead and, through a set of strong offensive and defensive series, found themselves up 20-6 at halftime. Led by Cameron Beardsley and Jake Yungeberg on offense, and Trayton Claycamp and Evan Haines on defense, the Mustangs won convincingly 32-12. A strong showing from a mixed group of young and experienced players, along with great coaching both offensively and defensively, was in the end what truly won the game for the Mustangs.