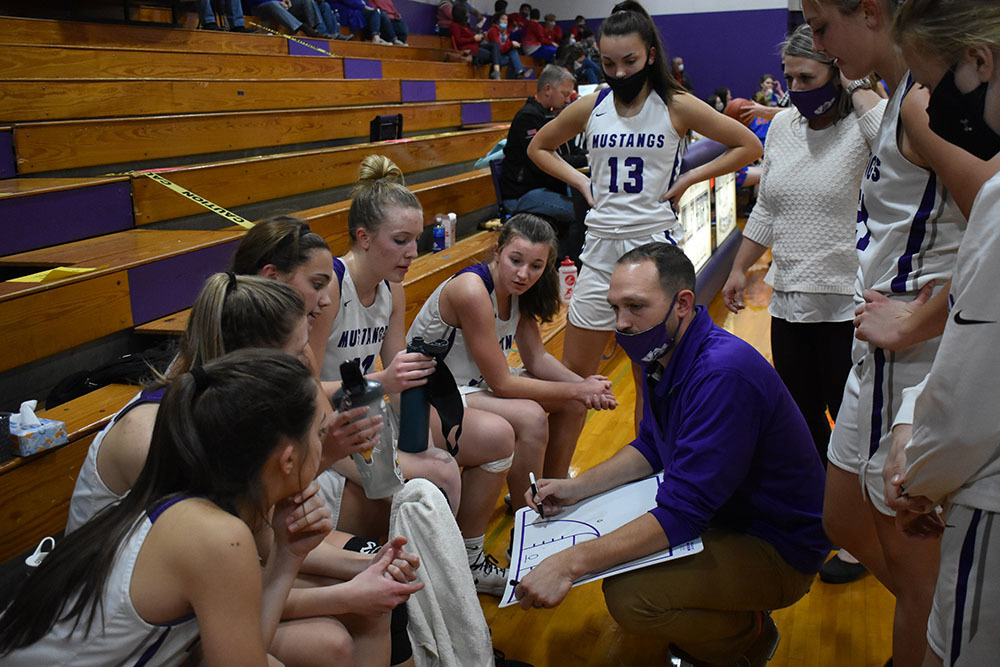 TVL BASKETBALL TOURNAMENT. This week the Mustangs are preparing for the final games played in the Twin Valley League Tournament. The boys played their first game on Saturday, January 16th against the D-West Mustangs and lost by 1 point, 46-47. The boys were scheduled to play the Linn Bulldogs on Tuesday, January 19th, but due to recent COVID protocol the game was cancelled. The boys will now play on Friday at 4:30pm against the Axtell Eagles. They will also play on Saturday at 2:30pm and take on the Washington County Tigers. Both games will be played at Onaga.