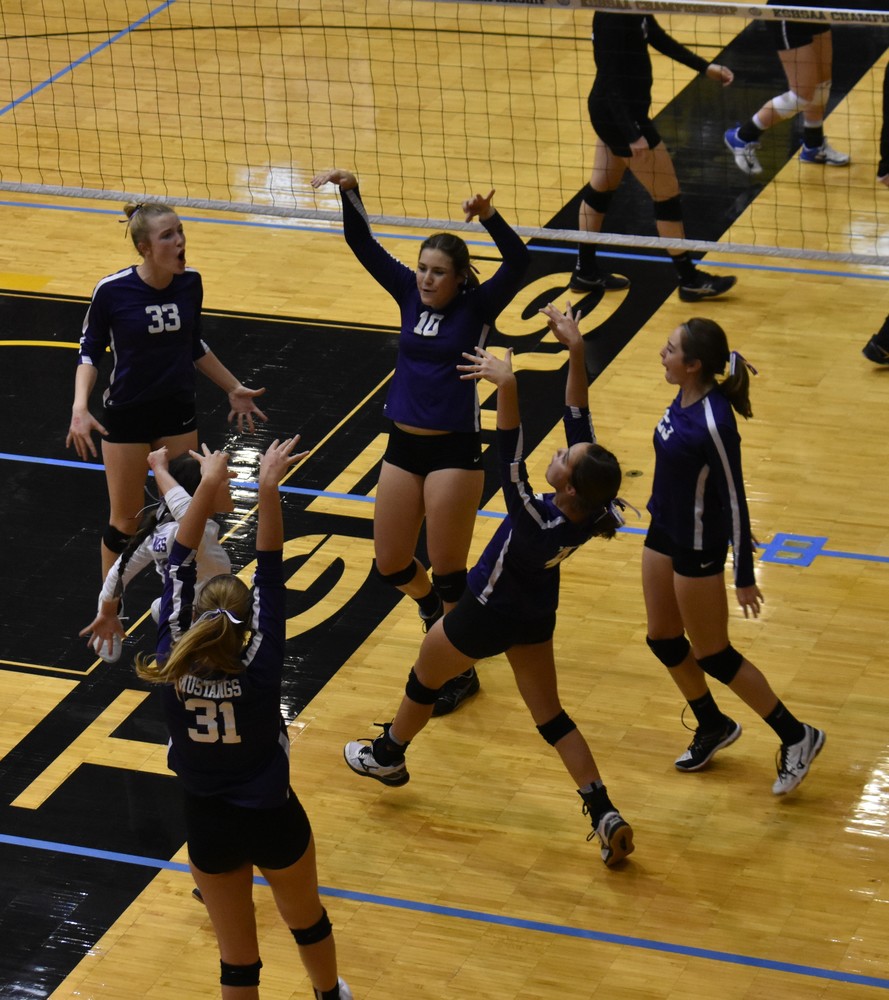 The Valley Heights Mustang Volleyball team travels to compete at state after becoming the 2A Sub State champions in their region. The event was hosted at Fort Hays State University the weekend of October 26th and 27th. Every year, eight schools are allowed the chance to compete for the title of State Champion.

Valley Heights was placed in a pool with Pittsburg-St. Mary’s Colgan, Shawnee-Maranatha Academy, and Garden Plain. With the Mustangs being ranked the lowest with a season record of 24-15, USD 498 had the Underdog aspect of the pool play.

In the first game against the number one seed Pittsburg-St. Mary’s Colgan, Valley Heights came up short, loosing the first set 12-25, and the second set 2-25. However, the mighty Mustangs pushed on into the second game of pool play against Shawnee-Maranatha Academy. Maranatha was ranked fourth, with a record of 29-7. In the first set, Valley Heights gave Maranatha a run for their money, scoring 23-25. The second set ended the game, Mustangs: 7 and Maranatha: 25. Coach Steinfort, head Coach of the Mustangs, quoted Bill Nicholson, saying “It is better to fail aiming high than to succeed aiming low. And we have set our sights so very high, so high in fact that even failure will have an echo of glory.”

The last game of State was played against the Garden Plain Owls, who were ranked fifth. The Mustangs refused to let the day’s events put them out, and ignited one last time on the court. The first set was a battle back and forth, coming to a close with Garden Plain scoring 25-13. But the Mustangs weren’t done fighting yet, coming out the second set more energetic than ever. The final point was scored for the Owls, 25-23.

One of the three freshman players, Catherine Toerber, better know as Cat, said that “I learned a lot from my first experience. The atmosphere wasn’t like anything I had ever played in. In the end, I left Fort Hays wanting more, and I’m eager to be back there. It was an experience that I will never forget.”