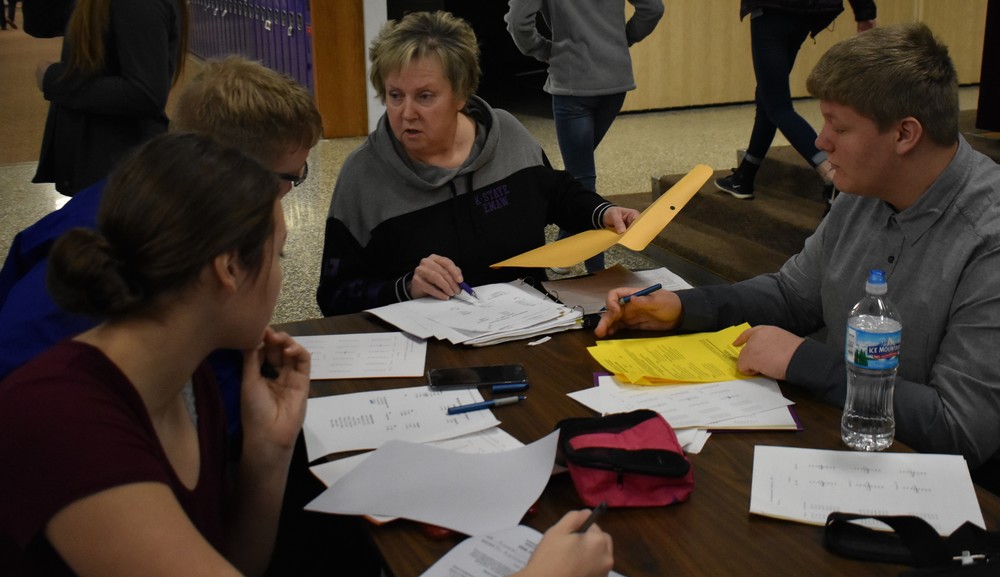 The Valley Heights Forensics team travels to Nemaha Central for the second meet of the year. Overall the team placed 3rd in sweep stakes, individual scores of each team member’s totaled together. “Even though we had a lot of novices this week, I’m proud of how well we did, individually and as a team,” said Forensics Coach, Mrs. Coon.

Out of the fourteen students that went, twelve broke to finals. With exception of Solo Acting Serious, Impromptu, and Informative, in which Valley Heights had no students competing, the forensics team broke in every event.

“This meet felt good, and Meila and I have been working and adding details to our duet since Republic County,” said Freshman, Abigail Steinfort.