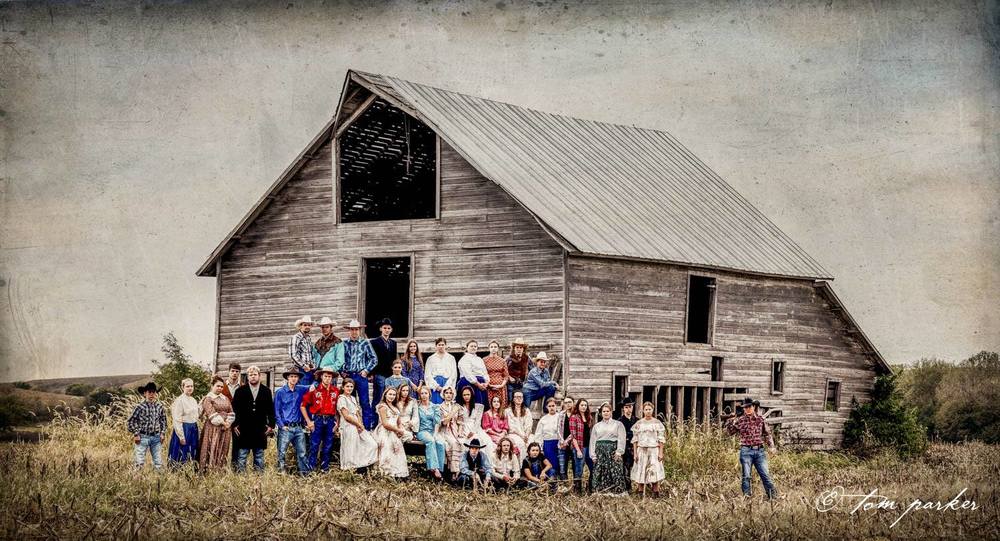 PICTURING OUR WAY INTO OKLAHOMA

PICTURING OUR WAY INTO OKLAHOMA. On Friday October 13th, the cast of “Oklahoma” met at local farmer Jim Musil’s barn where they had their cast picture taken. The members of the play arrived at the barn in costumes and went out into the field where photographer, Tom Parker arranged where the actors should stand, then took a picture called a panorama which is multiple shots in one picture.The play members then all went back to the high school to eat pulled pork sandwiches made by play director, Mrs.Coon. While eating, the members of the play watched the singing parts of “Oklahoma on Broadway!’ and got ideas on how characters should react off of one another. Following lunch the cast went to the opera house to rehearse songs, and also to run some lines. “ My favorite part of this whole thing was definitely eating the pulled pork sandwiches.” said Kate Wanamaker, So.  “Oklahoma” will premiere on November 10th,11th and 12th at the Waterville Opera House.