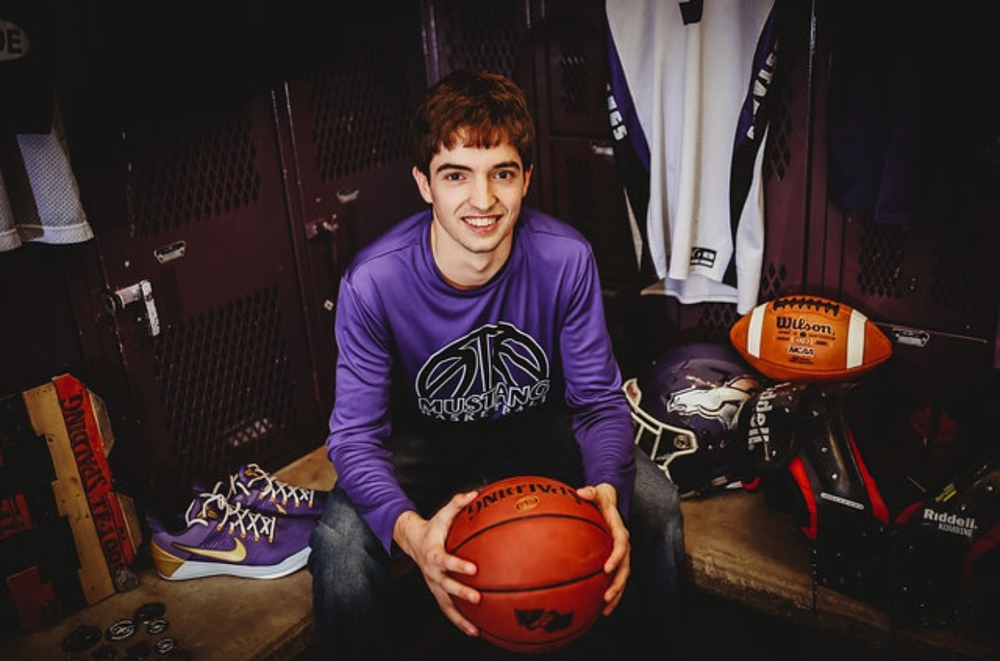 “Some people want it to happen, some wish it would happen, others make it happen,” is a quote from NBA legend, Michael Jordan. Which inspires Bryan Yungeberg to push himself everyday from sports to academics. Bryan David Yungeberg lives in Waterville with his parents, Tony and Jenny Yungeberg and younger sister, Emma. Throughout Bryan’s high school years he has participated in sports at Valley Heights including; Football, Basketball and Golf for four years, and was a captain for the football and basketball team his senior year. Bryan has also been a member of FFA, KAY’s, VH Club, and FCA for four years. During his four years of FFA, Bryan  was the Valley Heights chapter’s treasurer his sophomore year and vice-president his junior year. Bryan has been a part of the All-School play and StuCo for three years and Journalism, Forensics, and NHS for two years. In his three years in StuCo, Bryan was class-president for three years and StuCo Secretary his junior year. During his senior year he was chosen as Co-Editor in Journalism and Vice-President in NHS. Outside of school Bryan has been volunteering at the Blue Rapids Historical Museum for his senior project. While at the museum he helps update exhibits and moves them around for Nancy Nolte, who advises him. “Learning more about the history of the Blue Rapids and Waterville community was one of the main reasons I chose to help the museum, also the people who volunteer there always make it fun.” said Bryan.

Being involved in multiple sports throughout high school, Bryan has played MAYB in the summer with his teammates since he was in 4th grade. “Playing on Blue River Bandits has been some of my favorite memories because of the many tournaments we have played in and the long road trips with the guys” said Yungeberg. Playing during the summer and during the school year helped Bryan achieve being named All-State and All-League in basketball his junior season. Sports have definitely been a big part of Bryan’s life from an early age and have been some of his favorite high school memories. “The run to the TVL Championship against Troy my sophomore year and the Ellis game on Homecoming my junior year are moments I won’t ever forget. Those teams were some of the greatest I have ever been a part of.” said Yungeberg. When asked who has influenced most, Bryan said his mom. “My mom has influenced me the most through basketball and has taught me many life lessons through sports and school. She would do anything to help me reach my goals” said Yungeberg.

When Bryan leaves Valley Heights he hopes to be remembered for his sense of humour and how hardworking he was when it came to both athletics and academics. Bryan future plans are to attend Southwestern College to continue his basketball career, study sports management, and eventually work in the front office or athletic department for a college or professional sports team.