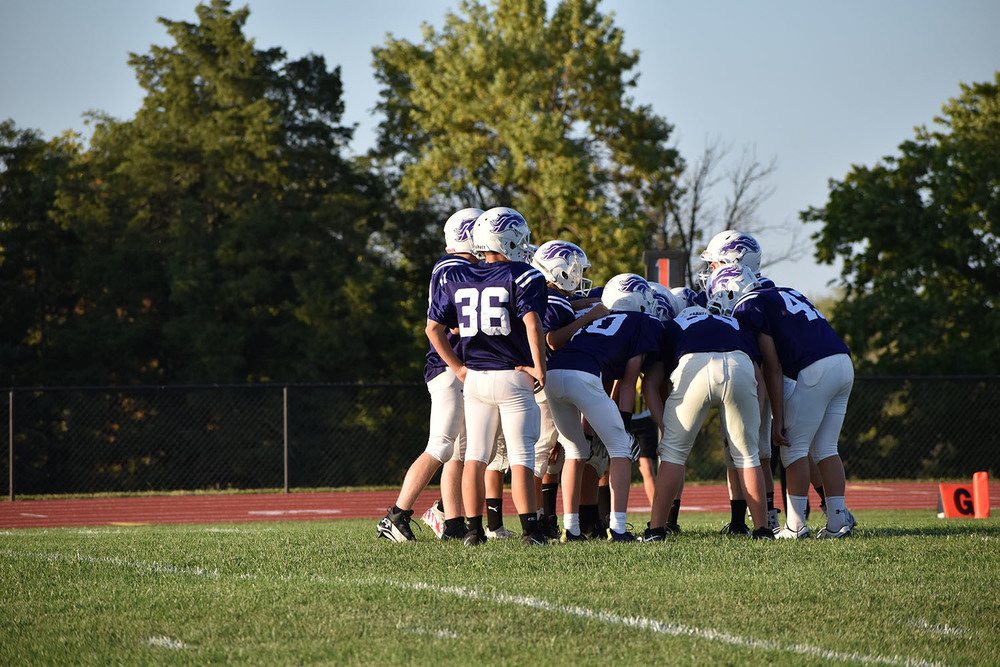 Creighton Smith says his favorite part about this football season was, “hitting on the line, getting to line up across from the opposing team and hitting them.” When asked his favorite game this year he responded with, “my favorite game was against Clifton Clyde because it was a very fun and intense game.”

Head coach Alex Nolte, and assistant coaches Jordan Broxterman and Caden Parker had a very successful season. Nolte has had four undefeated seasons, one of them being this 2021-2022 season. The Junior High boys battled through many tough games, but fought for the gold, ending the season with a 7-0 record. Some key players to this team's success were Montana Martin, Creighton Smith, and James Bohlken. “It was a truly amazing season being able to coach this special group of kids. Undefeated seasons don’t happen often and I am happy to be a part of this one. Every player on the team contributed to that 7-0 record and I can’t wait to see what they achieve in the years to come,” says Junior Caden Parker, assistant coach.