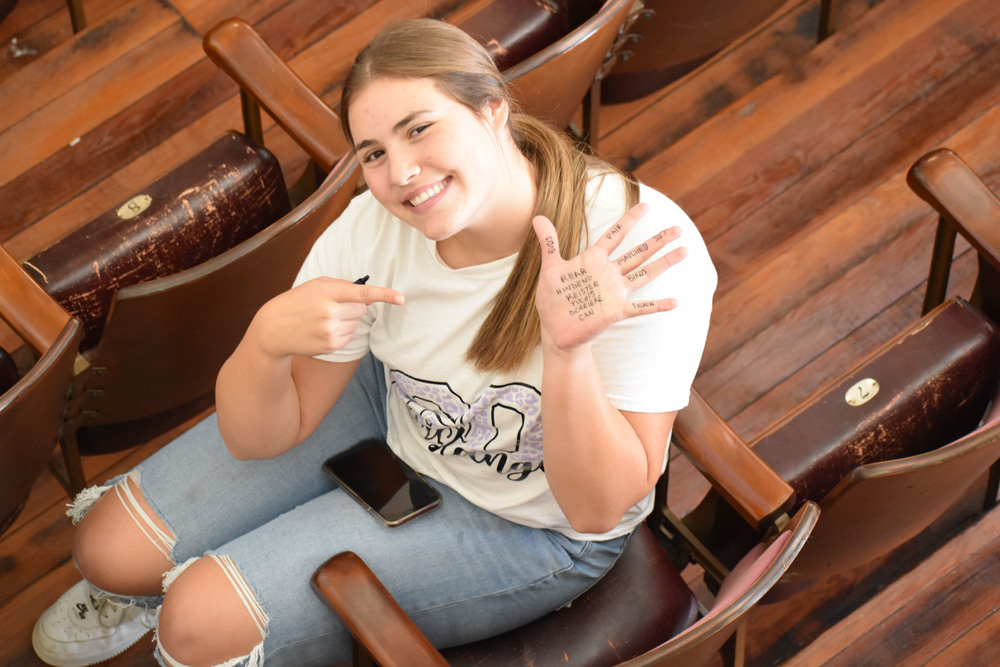 STAGED IN THE SPOTLIGHT.

STAGED IN THE SPOTLIGHT… A DAY IN THE LIFE OF AN ACTOR.

Acting Professor, Sanford Meisner, claims that, “Acting is behaving truthfully under imaginary circumstances.” To some people, acting is just reciting memorized lines, but to others it is so much more. For Senior Emma Yungeburg, acting is a lot of fun.

This year the Valley Heights All-School Play is “Stocking Stuffers.” It is a series of Christmas themed vignettes, or short stand-alone scenes. When asked what his favorite scene was, stage tech Liam Shill said, “The Meeting is my favorite scene, because it is so energetic and loud.” For both actors and stage technicians, practice begins at 6:30pm, three days a week, and ends between 8:00pm and 8:30pm. The actors put in a lot of time and effort. When asked who her favorite character is, Emma says, “Dakota’s EggNog is the best because of how much comedic relief he brings to his scene.

Less than two week remain until the play. For the actors, that means it is time to put in that extra effort and energy.  Emma says, “Please come out to support us on the 12th-14th of November!”