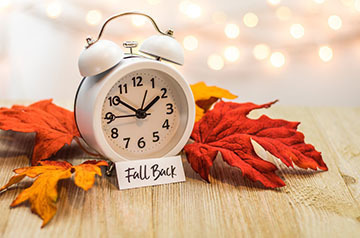 CLOCKS FALLING BACK. “Setting the clocks back and the sun setting sooner,” says Lilly Bussey, freshman, describing daylight saving time. Daylight saving time has been used all over the world for numerous reasons. Benjamin Franklin gets some credit for the idea of daylight saving time, even though his recommendation was originally just a joke. He recommended that people get out of bed earlier in the morning to minimize the use of candles and lamp oil, but he never mentioned setting clocks back and forth. Later on, George Hudson, entomologist from New Zealand, came up with the modern concept of daylight saving time. He recommended the idea of a two hour time shift so he’d have more after-work hours of sunshine to go bug hunting in the summer. He suggested moving clocks ahead two hours in October and then having a two hour shift back in March. The concept of daylight saving time wasn’t used until World War One in Germany. They set clocks ahead one hour to use less power for lighting and to save fuel for the war effort. Many other countries followed and after the war, they went back to standard time.