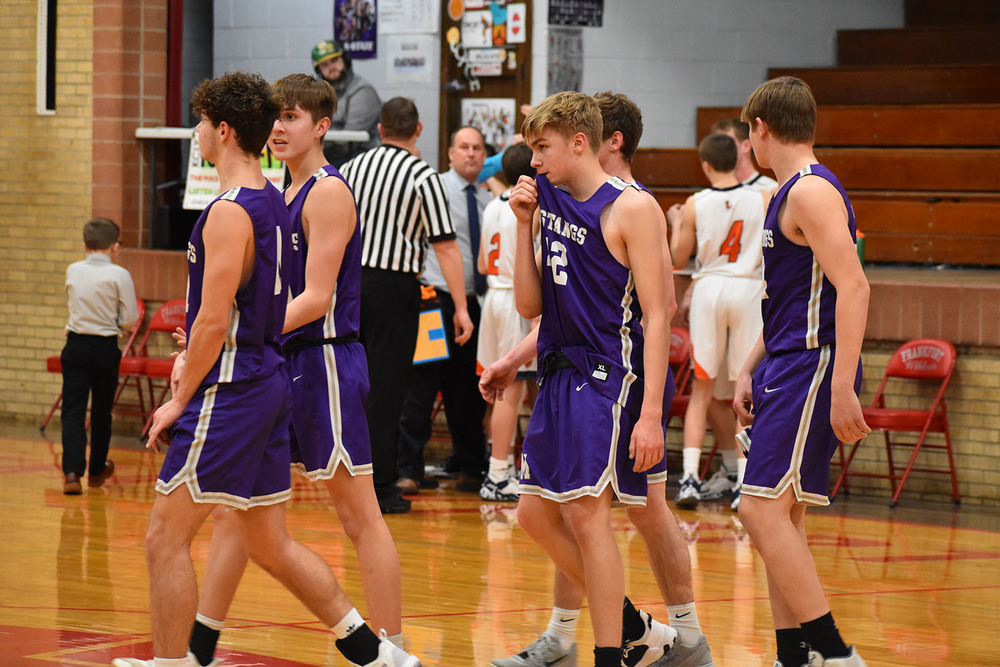 The Mustang basketball teams are starting out this long season grinding it out on the floor. The Lady Mustangs have a solid record of 10-0 and are getting ready for a tough game against Hanover on Friday, January 22nd in the TVL tournament in Frankfort. When coach Broxterman is asked about highs from this year he responded with, “this group has a lot of selflessness, all everyone wants to see is the team winning the game. This is such a fun group and everyone has chemistry together. Another high is our record so far, it doesn't happen very often.” He was also asked what he feels like the most successful game this year has been and he responded by saying, “the next game, I never dwell on last games, always look forward to the next.” Maddy Vermetten says, “The funniest thing that has happened during a basketball game is Anne making a half court shot and having no emotion at all.” When asked how the girls’ season is going, Maddy responded with, “we have a solid team this year and everyone has their own role to contribute to our success. There is not just one person that contributes everything. We are a really tough team to play because we can go so deep in the bench and everyone will play just as hard as the starting five. I also think that we are playing really aggressive defense this year and really pushing the ball when in transition, which is a main focus for us this year.”

The Mustang boys have a record of 2-8 and have been working hard on and off the court. Trenton Lecuyer says, “I love basketball because you create such a special bond with one another that you will never forget. The funniest thing that has happened this year is Ben having his pants on backwards during the game and Garek having his pants on inside out. The funnest thing we have done together is going to Walmart to buy splat guns and shooting everyone with them.” The boys have had a lot of fun memories together. Coach, Cale Green, explains the highs of this year's team by, “this team is very gritty, we are moving the ball very well, playing tough defense, and we have so much potential that just is not shining through yet.” Coach Green also said that the boys’ most successful game was the Troy game on Monday night. “The boys had a great defensive game and did what we had to do, but just could not stop them. It was a great game to watch.” The boys will play Onaga on Saturday, January 23rd in the TVL tournament in Frankfort.