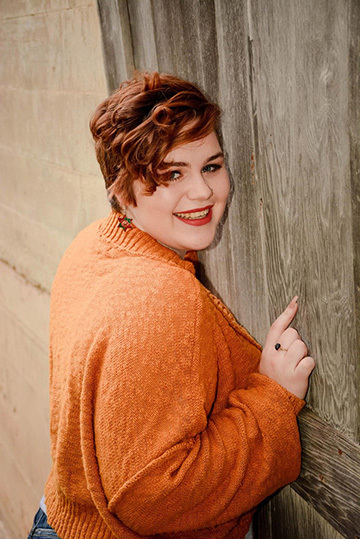 LIFE TO THE FULLEST. #MustangTough

“Live life to the fullest, tomorrow isn’t promised.” Mackenzie Nordquist always loved this quote because her mother always says this to her, so she keeps it in her mind and heart.

Kaci Smith says, “Mackenzie has a very strong sense of self and is confident in many aspects of her life.” Mackenzie Jo Nordquist was born on November 24th, 2003 to John and Rachel Nordquist. Mackenzie has one older sister, Seaira, and a younger sister, Audrey. She has been involved in many after school clubs and activities, such as Art Club for four years, FFA for one year, and Cheer for two years.

When asked about her favorite memory, Mackenzie says, “There have been too many great memories for me to choose one. Ultimately, I would have to say any moments that I spent with my best friends, Zoe Flood and Paige Woodyard, would have to be my favorite.” Mackenzie loves spending time with some of her favorite people, usually watching a movie with some snacks and a cuddly blanket.

Mackenzie has been impacted by many people, but the most impactful to her was Joan. Joan is from Mackenzie’s church and has helped guide her through her religion, understand who she is as a person, and has known Mackenzie since she was little. “Joan is wise beyond her years. She has given me great advice that has helped me become who I am today,” Mackenzie describes. Inspired by this, Mackenzie would also like to be the type of person that cares when no one else does, along with always being there for people that need it.

Mackenzie has ambitious plans for the future, including doing cosmetic tattooing along with having a good, stable job. In ten years, Mackenzie sees herself financially stable with a clean and organized home. Mackenzie could also see herself possibly married with one or two children. Kaci Smith has some advice for Mackenzie for the future, saying, “Stay true to who you are and great things will come.”