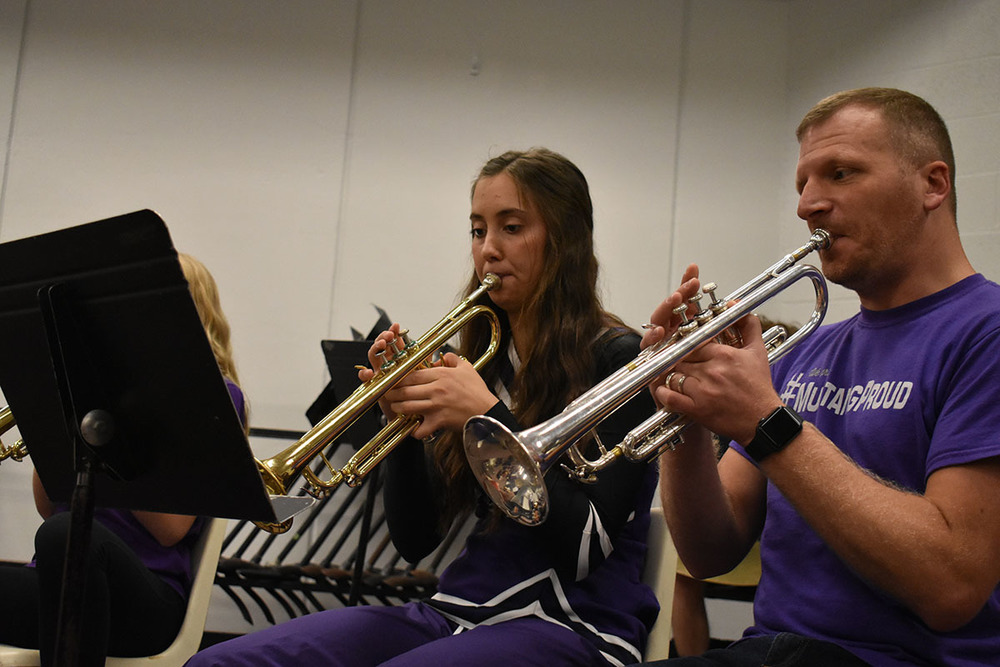 REGIONAL READY.The Valley Heights band is preparing for regionals. The band has been working hard since mid February. After pep band season was over, the band was able to put more time and effort into the music, practicing for more than 3 hours a week. Anne Toerber, a freshman, says her favorite part of the concert band is “ The beautiful music that gets made at the end of a week's rehearsals.” The band has made recordings and corrected many things with the music. The band was also very lucky to have Mr. Worcester's wife who helped them progress even further in the music.

Anne also states that, “ I am looking forward to spending more time with the band and achieving something better together.” The band is set to play as a regional band on April 14th, at one oclock, at Concordia High School.