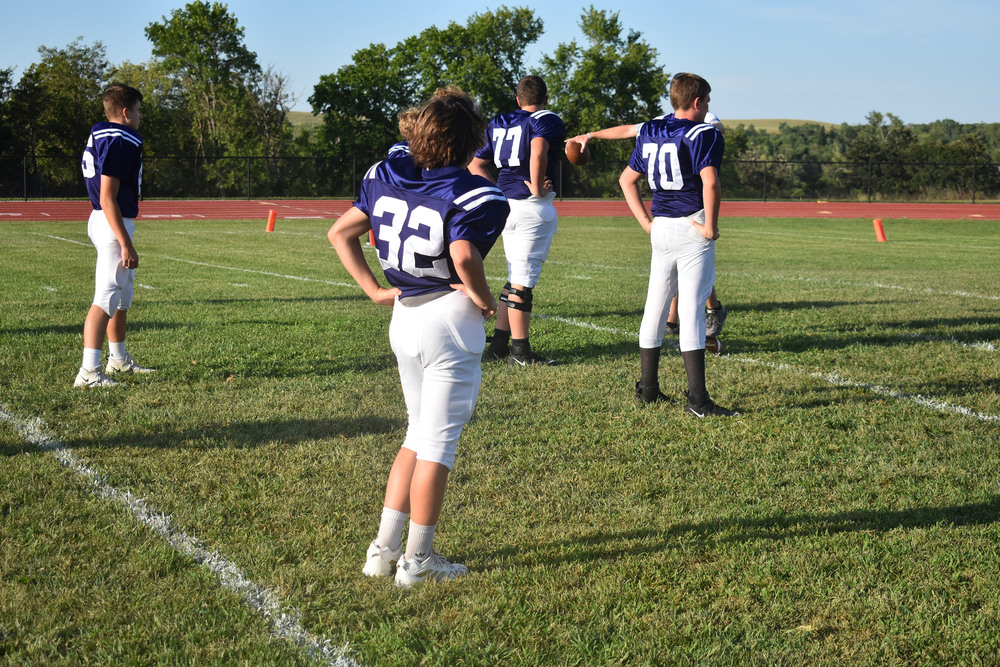 The Valley Heights Junior High football team kick off their season September 1st against the Hanover Wildcats. Coming off an undefeated season last year, the team is ready for their season.  Despite being a smaller team-having only fifteen players and an average height of 5’6”-they are ready to play together. The boys have played Hanover and Blue Valley, with one win and one loss. Chase Green, assistant coach, loves coaching junior high because he’s been playing football since 5th grade and is devoted to the sport. He is a first year coach and is looking forward to seeing his team bond with each other and learn to love the game.

Aiden Unruh, running back, says his biggest supporters are his parents. When asked why he chose football, Unruh said, “I just really love the game.” He also says his biggest goal this season is to have a team that works well together. Jacob Vathauer, full back, says he wants to be on the A team by the end of the season. Vathauer also says that he plays football because he has always loved watching the sport but has never played tackle football.

The team is very excited for their season and to grow as a team. Their season lasts only a few weeks, with their last game being on October 13th, against Clifton-Clyde. They will play every Thursday and only have five more games. These boys are ready to hit the ground running and have a great season.