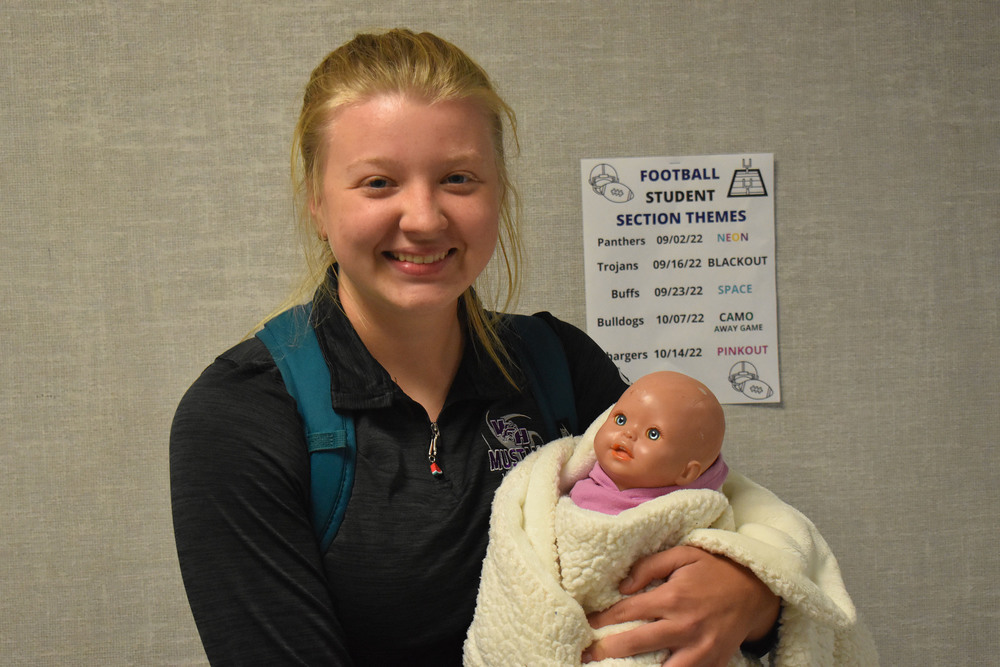 FOLLOW THE MEMORY BRICK ROAD, "Don't you wish you could take a single childhood memory and blow it up into a bubble and live inside it forever?" Sarah Addison Allen said in her novel,  'Lost Lake'. We grow up and we tend to forget the great memories we’ve made. It never hurts to take a trip down memory lane once in a while, and just reminisce about the good old times.

Valley Heights High School’s principal, Michele Palmgren was born in Buffalo New York, and grew up in St. Louis Missouri. When asked what memory she wished she could go back to and why, Palmgren said, “Summers in Buffalo with my grandparents and our big family. Those were times I felt happy and unconditionally loved”. Being around her family, friends, kids, and grandkids reminds her of her childhood memories. 70s-80s music makes her remember her childhood the most. “Basically some of the songs you all still dance to at school dances,” says Palmgren.

Audra Steinfort is the daughter of Susan and Kenny Steinfort. Audra says, “My sister Abigail, every time I look at her, we have so many memories together from when we were little and even when we were still in high school together.” Audra has many memories from growing up on a farm. “There’s a place on the farm, called Mix Sprinkle Splash, which we named when we were little, where we sit and watch the pretty view beyond the cliff.” Audra wishes she could go back to the time she and her family had pictures taken, and she received a huge lollipop. Then she felt like the coolest little girl in the world.