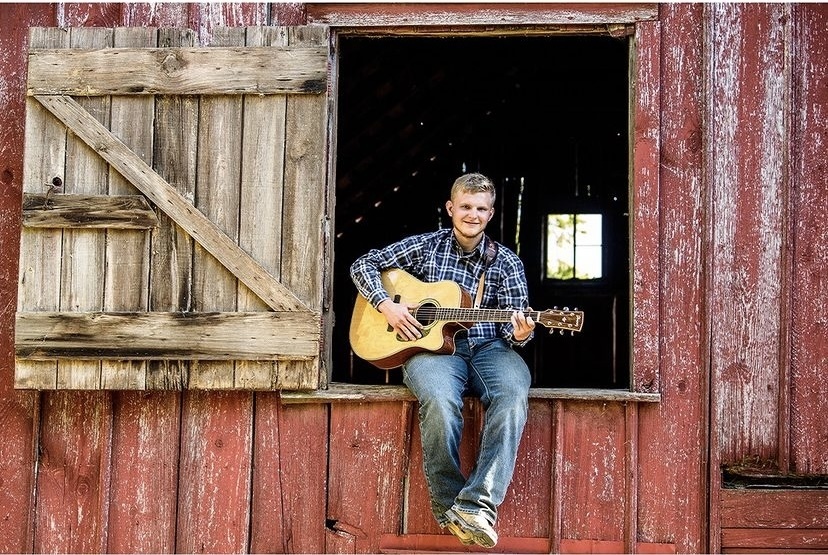 EVERYTHING WILL BE OKAY.

EVERYTHING WILL BE OKAY.

“It’ll buff” is senior Robbie Stryker's favorite quote. He says Dakota Gillig loves to say it and it's just reassuring to know that things will be okay in the end even if accidents happen. Robert John Stryker is the son of Lisa and Rob Stryker, and the big brother to freshman Lawson Stryker and fourth grader Jack Stryker. Robbie was born October 14th, 2004. Over the past four years, Robbie has been involved in StuCo, Scholars Bowl, Band, and FFA. Throughout these clubs he has also had the privilege of being Class President for one year, StuCo Vice President for one year, and FFA Officer for two years.

Robbie's favorite high school memory was last year.  He said, “I will never forget when my friends and I did a massive burnout in the lane on the last day of school Junior year.” He also said that his ideal Friday night would consist of working on his trucks and jamming out to music.

“I really enjoy hanging out with my friends, cruising around, and fixing just about everything,” said Robbie. When Robbie was asked what advice he would give to underclassmen he said, “As much as school might suck right now, enjoy it while you can because your senior year will fly by.”

Aside from school, Robbie is active in his church community and plays the organ occasionally. Something that many people don't know about Robbie is that he can sew, cook, and clean. Robbie also is very talented with a guitar and he said, “I’m most proud of my ability to play the guitar. I've been working hard at it since the 4th grade.” As you can tell from all of the accomplishments mentioned, Robbie is a dedicated student. Robbie gives credit to his grandpa for helping him become the man he is today. He said, “My grandpa is my biggest role model, he taught me a lot of what I know about farming even though he passed away when I was 11. He set an example of how a man should live his life leaning on God.”

As Robbie continues to grow and leave this community for a short time, he said, “I want to be remembered as a jack-of-all-trades and someone everybody could get along with.” After graduation, Robbie plans on attending NCK Tech in Beloit in the Ag Tech program for two years. Then, he wants to come back home and farm. Robbie’s future goals include having his own farm and shop. In ten years, Robbie plans to be farming.