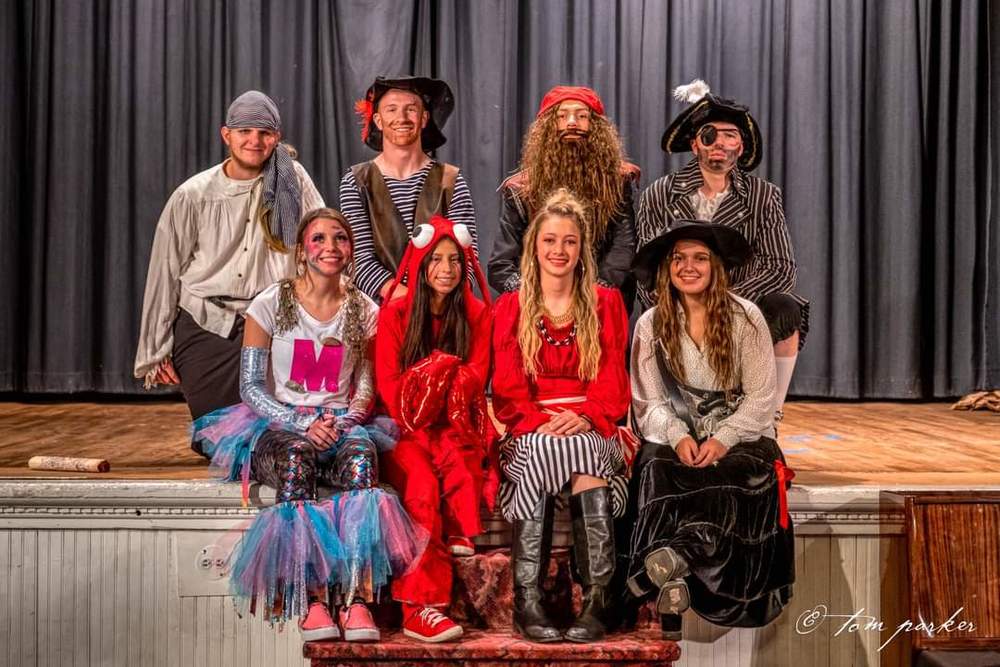 When asked, “What’s your favorite part about participating in the play?” Taya Smith says it’s watching the cast become a family and getting to know new people. Michelle Sandoval has been a part of the play for four years and has enjoyed every moment. “People in the play get closer together and become a family of their own, with people they don’t know,” says Michelle. There are many challenges while being a part of the play. “The hardest part of being in the play is remembering your lines and pick up lines,” says Kaylee Skalla. The best advice Maecyn Gunn could give to people in and outside of the play is, “It's a large time commitment but in the end it's all worth it, and don’t get on Mrs. Coon’s bad side”.

Dakota Gillig says that the play has influenced his life in many ways. “I never thought I would go into acting without participating in the play.” The play always gives you new opportunities and opens new doors for people. Caden Parker has been a part of the play for four years, tech for three years and acting for one year. This year Caden is taking part in being on stage as a Smuggler, Barbosa. He’s very excited to perform in front of a crowd for the first time. Robert Limon has participated in the play for two years. He says his favorite memory is from last year's play, Stocking Stuffers. “I loved when Janelle’s character Barbie had to knee my character G.I Joe in the gut. The kids got a real laugh out of that.”

Lynette Steele-Coon is the director of the All School Play for the past 15 years. When asked what advice she would give to the seniors leaving this year she says, “Extend your career and talent to the next level. There’s so much more fun, but also more work.”