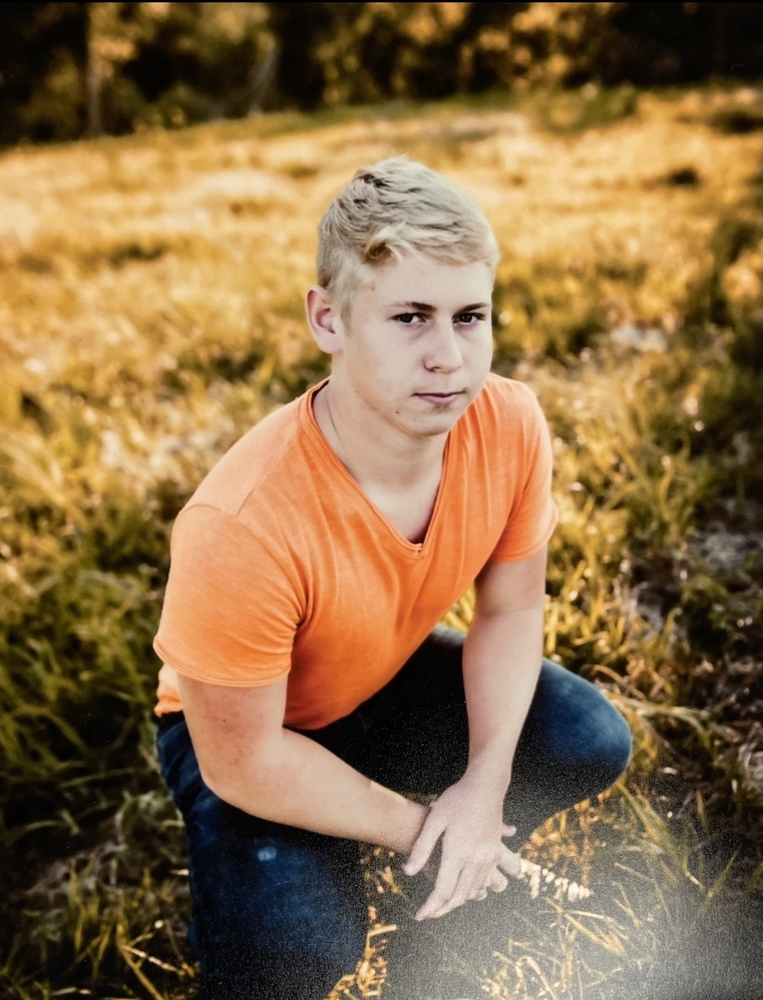 TO THE FULLEST; “Don’t count on the days, make the days count.” This quote reminds Damian Yungeberg of living his life to the fullest like it's his last day on Earth. He hopes to spread respect towards teachers, reminding people dropping out of school is not worth it, and to do your best.

Damian James Yungeberg, was born on August 25, 2004 to Angie Yungeberg. Damian has three siblings, Payden Yungeberg, Kayla Eaton, and Gwen Eaton. Damian has been a very athletic student throughout his years at Valley Heights. His high school career consists of Football for four years, and Golf for two years. Damian’s grandparents have had the biggest impact on his life. “They stand by me, support me, and are always there for me.”

Damian is known to be a shy but very outgoing student. When asked what his ideal Friday night is, Damian says, “During football season it was playing football under the lights, and going hunting in the morning.” Damian loves fishing, hunting, baseball, and spending time with family. His biggest accomplishments are improving on the football field and keeping his grades consistent.

People don’t know that Damian is loyal, not only to himself and his dreams but also to his friends. “Damian has always had my back. He’s someone I can rely on when I need to talk about something,” says Corban L’Ecuyer.

After high school Damian plans on joining the work force and sees himself being financially stable, and owning a house in 10 years. When Damian leaves Valley Heights High School he wants to be remembered as someone who tried his best.