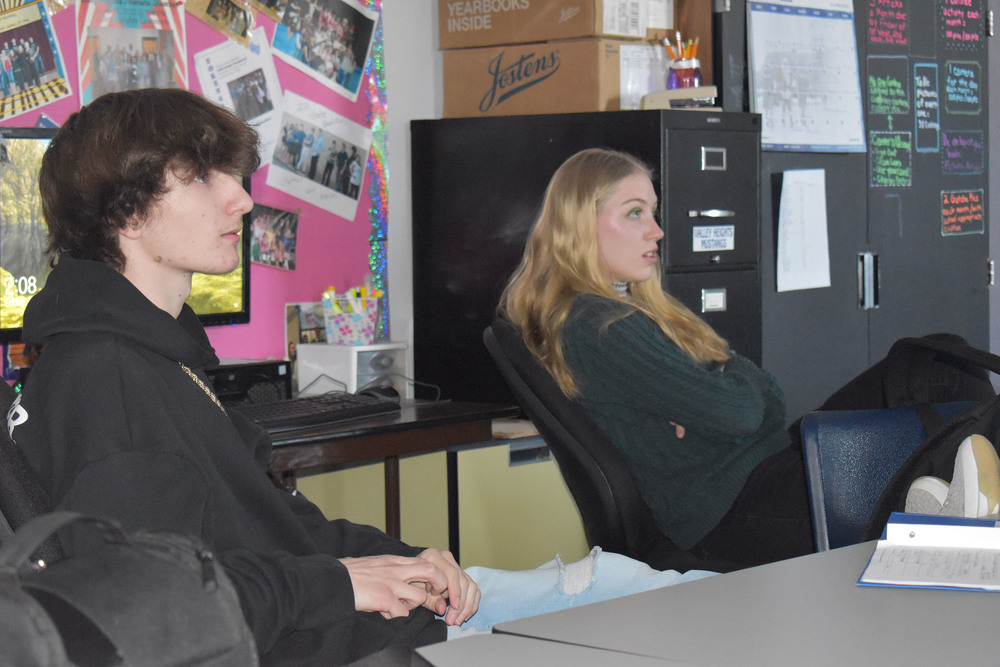 LIGHTS, CAMERA, ACTION! “Every time I go to a movie, it’s magic, no matter what the movie is about.” This was said by Steven Spielberg, Academy Award winning director, writer, and producer who has been involved with over 140 movies throughout his career. Spielberg has had to make careful editing and directing decisions. One small, subtle decision could change the entire scene.

People watch movies for entertainment. Most people don’t understand the time and effort that it takes to make a movie great. Here at Valley Heights, students have the opportunity to learn about what a good movie is composed of by taking Mrs. Lynette Steele-Coon’s eighth block class. Aden Ryan, senior said, “I didn’t expect to look at a movie the way I do now. This class really opened my eyes.” In Film Study, students learn film terminology, the elements of film, and acting, directing, and editing choices. From angles, cuts, fades, length of takes, to lighting, students begin to see how these things affect the final cut. Some of the movies the students get to watch include the classics; Citizen Kane, Casablanca, and Vertigo, to name a few. The film they are currently studying is called, “Chocolat,” to finish up the semester with the International film genre.