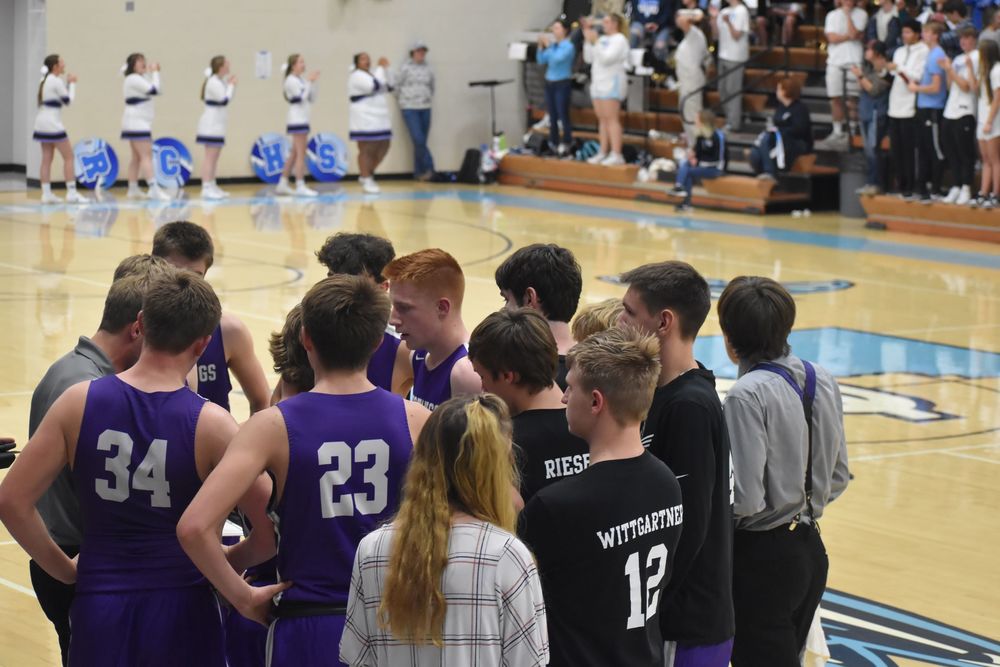 BOYS BALLIN’. With our two recent games being wins, no one can deny that the boy’s basketball season is going well. With their first game against Riley County, the boys showed everyone that they can fight hard. Even after a loss to Marysville, nothing would hold them back. Coming into the Republic County and Frankfort games, they defeated them both.

Head coach Cale Green said “I coach because of the love of the game and the impact I can have on these boys. To prepare for the next game we will scout the opponent and talk about what we have to improve. Are team motto is the 3 D’s - dedication, desire, and discipline.”

“Basketball has always been my favorite sport and I love the competitiveness of it. I’ve loved being able to coach the junior high basketball team because it allows me to build relationships with the players. I look forward every day to getting to work with them,” said senior Caden Parker.

“I play basketball because I like being a part of the team and just the sport in general. I think this season will be fun and we have a lot of potential,” said junior Kaison Bigham.

Sophomore Royce Ekstrum said, “I play basketball because it’s my favorite sport. I want to play against Clifton-Clyde because we should have won that game last year. I think we’ll have a winning season making it to Bramlage.”

With the next game on Friday, December 16th, we can expect the boys to fight hard against Doniphan West and bring home yet another Mustang victory!