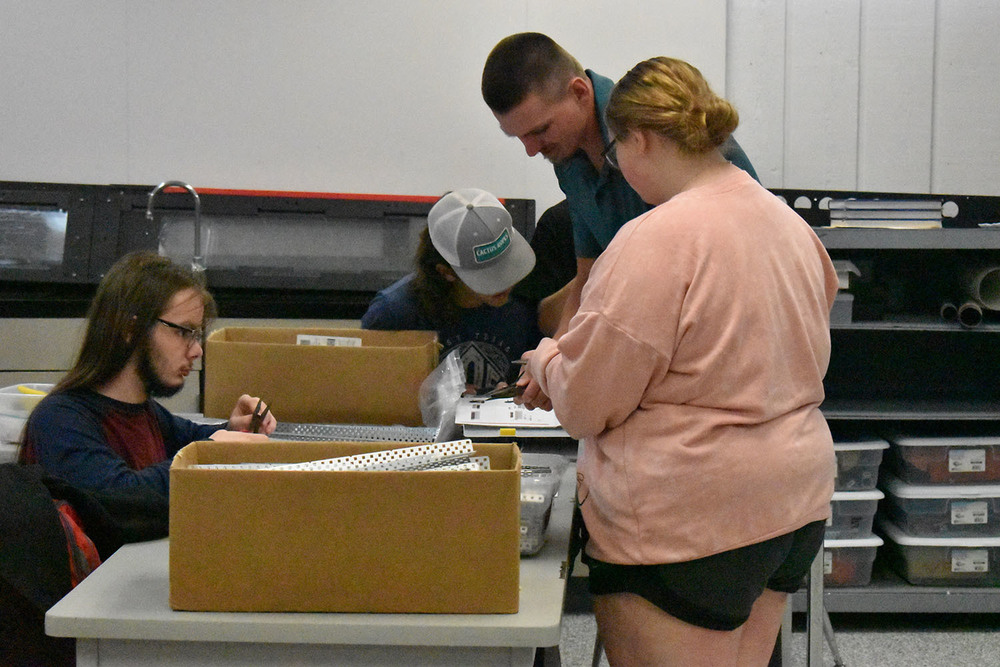 ROCKING ROBOTS. In the early 1950s, the first robot was invented by George Devol. At the time, the robot was an incredible invention that has only gotten more and more impressive throughout the years.

Robots have even spread to schools throughout the nation. Valley Heights offers Robotics as an elective. Taught by Chase Green, the Robotics class currently has four students. Sophomore, Morgan Vinduska, has been learning what parts make up a functioning robot and how artificial intelligence plays a big role in today's world. As a first year teacher, Mr. Green stated that he is learning right along with the students. “This is all new to me. The main goal is to have the kids understand the main function of robots and how we should use them.”

“We just finished building our robots and are starting to program them to do what we need them to do,” says Morgan. If Morgan could name her robot anything, she would name it based on its personality. “Sasha would be a solid name. It seems kind of sassy yet compliant to do my will.”  Mr. Green came up with the most creative name, “The Green Machine…because that’s my last name and it is a machine.” Simple enough.

Although robots have come a long way since the 1950s, they are still machines that are created and used by humans. Although they are being implanted in the workplace and possibly taking some jobs, both Morgan and Mr. Green claims that robots should never have the power on us that we have on them. “I would hope that people are smart enough to not let them take over the world. I hope I am not the only one who thinks like that,” concludes Morgan.