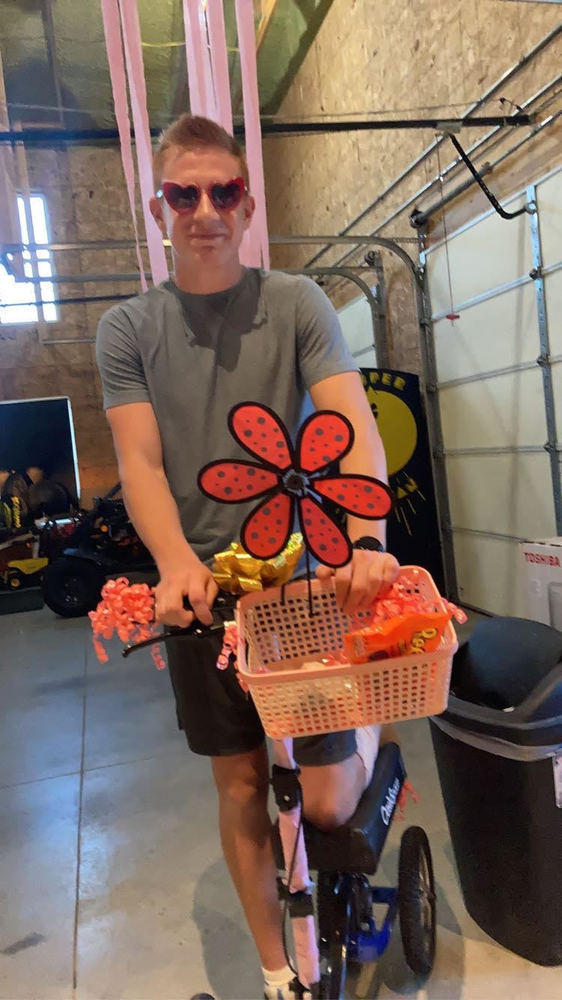 BREAK A LEG! LITERALLY. Ken Fite says, “Make peace with your broken pieces.” As of December, Valley Heights has had a total of ten leg or foot injuries since the beginning of the school year.

Before a stage performance actors and actresses wish each other luck by saying, “Break-a-leg!” Caden Parker, Tyrel Wagner, and Janelle Medina were actors in the school play this year. All three had leg injuries during the play. Tyrel says, “The hardest part was being limited while moving on stage.” They must not have got the figure of speech.

Kadence Peirson, Freshman, started off this school year coming in with a torn ACL. “I hyperextended my knee playing Summer League Basketball at Clay Center High School.” There have been nine other students who had leg or foot injuries. Eighth Grader, Charlie Warders is our most gruesome injury yet.  “I went for a rebound during basketball practice and sliced my knee open on the Blue Rapids gym stage.”

This year we’ve had five students on crutches, two in boots, two on scooters, and one in a brace. “I never had crutches before, it’s definitely a struggle getting used to walking around with them,” says Macy Stoudt.

When actors say “Break-a-leg” they don’t mean it literally, but the Valley Heights Jr./Sr. High seems to take the phrase literally.